GENESIS: AN INTRODUCTION TO THE NEW R.A.F. ERA 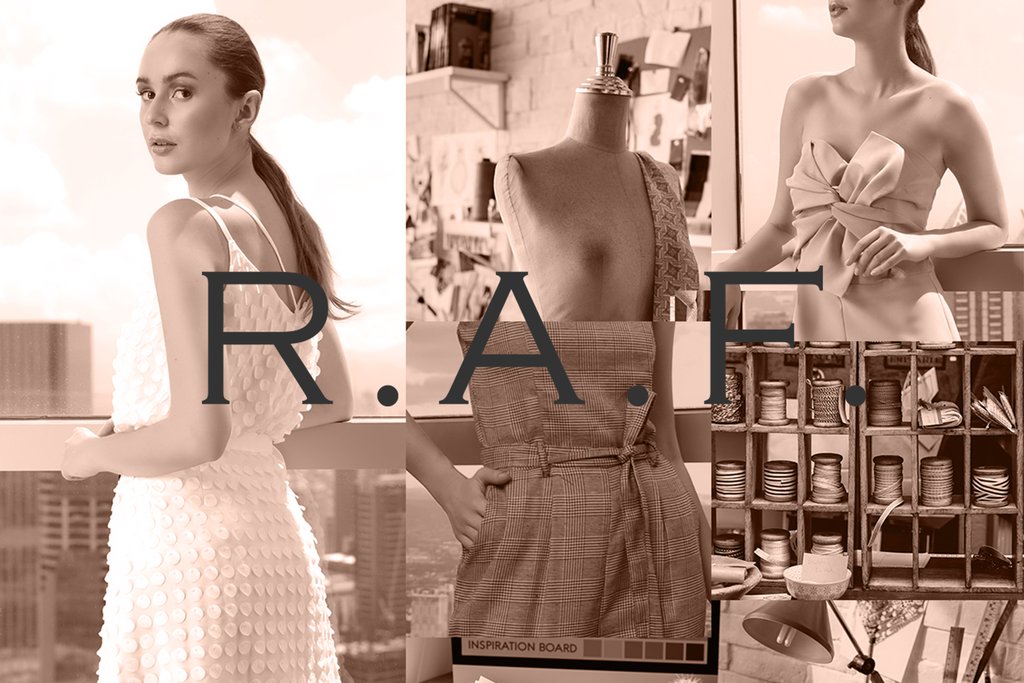 Since its inception in 2007, R.A.F. has been catering clothing for the vibrant and vivacious fashion-forward women in the country. The brand’s flashy and glamorous aesthetics have been recognizable at every turn through its trend-setting wearable couture. This year, R.A.F. will redefine the norm in the modern woman’s style and identity.

For years, R.A.F. has been known for its dressier designs under Plains & Prints and is now being developed as a completely freestanding and individual brand with its own distinctive look and feel.

The brand R.A.F. stands for the owners’ initials, Ms. Roxanne Ang Farillas who is also the owner of Plains & Prints alongside her husband, Mr. Erickson Farillas. The two have opened more business horizons and flourished with their numerous food and fashion retail brands.

“For the past 11 years, R.A.F. has always been headed by our own creatives team and has pretty much been associated with the design aesthetics of Plains & Prints with a little tweak here and there. Plains & Prints has always been known for its unique prints, but we’ve really seen the potential market we have for the plains selections. Now, R.A.F.’s simpler and cleaner cuts would enable more versatility and sophisticated styling that would cater specifically to that growing market.”

The maiden collection of the brand’s new aesthetics features fashion staples quintessential for the contemporary empowered woman – from a reinvented work wear uniform to an upscale neutral-driven everyday outfit.

The updated construction of the designs possesses bold minimalism expressing the prowess of an independent career-driven woman. R.A.F. is for the strong, fearless, and chic, with exemplary style. These pieces create a versatile high-fashion yet wearable wardrobe for the new R.A.F. clientele.

The nationwide release of the R.A.F. Pre-fall 2018 Collection will be available at its Pop-up store in Ayala Vertis North, Plains & Prints Trinoma, SM North, Glorietta 1, SM Mall of Asia, SM Aura, Shangri-la Plaza and online at Zalora and www.rafmanila.com on September 15, 2018.

has been added to compare.
has been removed from compare.
Continue shopping Compare